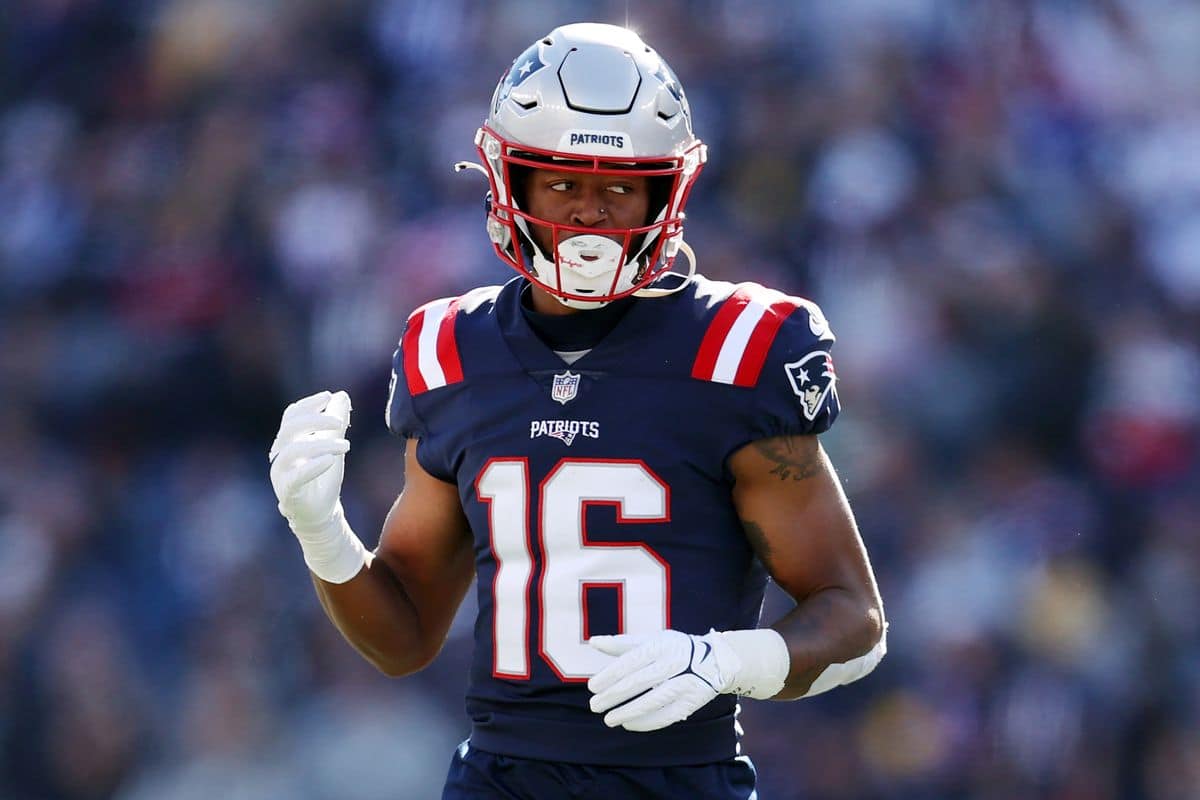 New England Patriots WR Jakobi Meyers is in doubt to face Lamar Jackson’s Baltimore Ravens this Sunday due to a knee injury, according to reports.

Meyers didn’t feature in team practice on Wednesday, instead spending the day getting his injured knee examined. However, tests showed nothing significant and there is a possibility he could be fit to play this weekend.

#Patriots WR Jakobi Meyers spent today getting his knee checked out, per me and @MikeGiardi. He was a DNP at practice. Tests showed nothing significant and his status will be determined later in the week.

The 25-year-old is one of 11 wide receivers in the NFL with a 28% + target share and 2.00+ yards per team pass attempt, alongside the likes of Cooper Kupp, Stefon Diggs, Tyreek Hill, and Ja’Marr Chase.

Meyers has impressed in the opening regular season fixtures so far, and has proven his worth as the team’s best wide receiver with Nelson Agholor behind.

QB Mac Jones has a great relationship with Meyers and the pair are usually on the same wavelength when out on the field together, and has the fifth most receptions amongst Patriots players through 47 career games.

Last year, Jakobi Meyers had a 24.4% target share, 20th-highest among all WRs.

Another year, another great value.pic.twitter.com/ommMawED5W

New England play their first home game of the regular season this Sunday against the Baltimore Ravens who like the Patriots, have also fallen to defeat against the impressive Dolphins in recent weeks.

Looking for some action on American Football? Check out the best NFL betting sites.