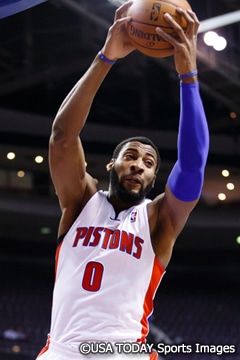 Detroit Pistons owner Tom Gores sat courtside for the team’s season finale here, and made some interesting points. He declared Andre Drummond a “maximum player,” which would seem to tip the team’s hand going into a busy summer. He said he would be personally involved in trying to keep Greg Monroe. And when asked about Stan Van Gundy, he said he feels better about the hire now than when he made it 11 months ago.

via Dave Mayo of MLive.com