Home » news » Pistons Voiding Motiejunas Trade Due To His Back 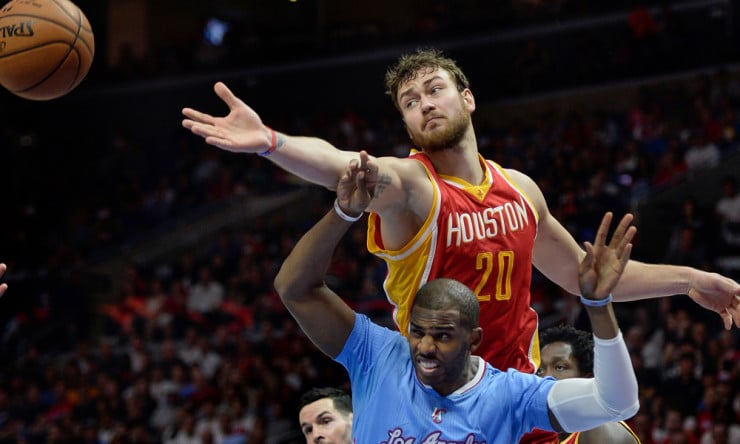 After forward Donatas Motiejunas was unable to get physicians’ clearance for his troublesome back, the Detroit Pistons are in the process of voiding a three-team trade with Houston and Philadelphia, league sources told The Vertical.

The physicians and specialists examining Montiejunas’ back refused to clear him, pushing Pistons executives to kill the deal agreed upon at Thursday’s trade deadline, league sources said.

Motiejunas and guard Marcus Thornton will return to the Houston Rockets. Center Joel Anthony – who had been traded to Philadelphia by Houston after the three-team deal – will return to the Pistons. Detroit will also keep the top-eight protected 2016 first-round draft pick it sent to Houston.

via Shams Charania of The Vertical