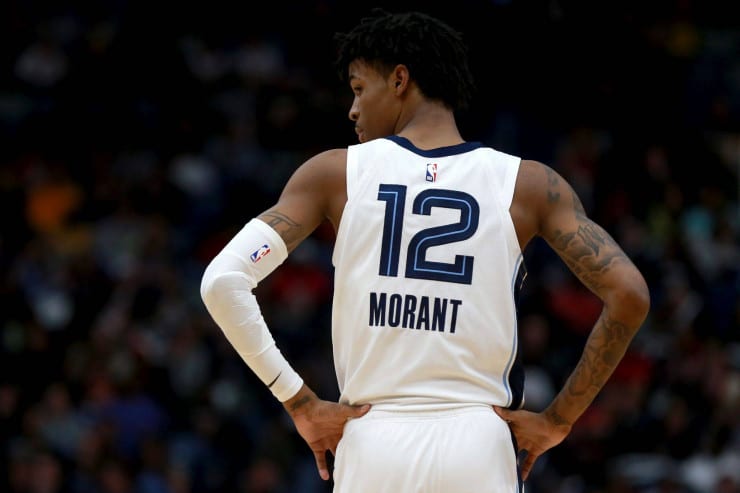 The young and hungry Detroit Pistons are taking on the Memphis Grizzlies in Monday’s 8:00 P.M. ballgame at FedExForum in Memphis, Tennessee. The Pistons are coming off a 115-105 win over the San Antonio Spurs, while the Grizzlies have won two of three preseason games so far. BetOnline odds are down below.

Pistons owner Tom Gores has settled into the idea that his team needs several losing seasons to truly content again for a championship. In an interview with Jabari Young of CNBC, Gores said he made an error when pushing his team to contention as fast as possible without thinking that it would compromise its future.

“I should’ve been better about the idea that you can’t always win, and you don’t win fast,” Gores said. “I think I’ve grown from that perspective. I’m not sure I understood the magnitude of the responsibility when you own a sports team in a town that is looking to you for inspiration,” Gore stressed.

The Grizzlies, meanwhile, are still figuring out who will be the fifth starter of the team. According to Evan Barnes of the Memphis Commercial Appeal, it seems the spot will go to either Swiss-tool veteran Kyle Anderson or the dynamic Anderson Bane, depending on their performance at training camp and in preseason games.

2021 NBA Draft No.1 overall pick Cade Cunningham has yet to suit up for the Pistons this preseason as a bummed ankle is preventing him from doing so. Heading into the game vs. the Grizz, the top rookie is listed questionable, so are Cassius Stanley (Knee), Jared Cunningham (Hamstring), Killian Hayes (Ankle), Cassius Stanley (Knee) and Rodney McGruder (Hip).

Dillon Brooks may finally play for the Grizzlies after missing several exhibitions because of a bothersome thigh. Also listed as questionable going into the match are Sean McDermott (Knee), Sam Merill (Ankle), Ziaire Williams (Thigh, Killian Tellie (Back), and Kris Dunn (Mouth).

The Detroit Pistons won their first exhibition match last week after defeating the San Antonio Spurs, 115-105. Jerami led the way with 19 points on 6-for-13 shooting in 24 minutes, while Kelly Olynyk, Josh Jackson, and Cory Joseph combined for 44 points off the bench.

After winning their first two preseason games against the Milwaukee Bucks 87-77 and Charlotte Hornets 128-98, the Grizzlies absorbed a 91-87 loss at the hands of the Atlanta Hawks. Desmond Bane recorded 18 points, and Brandon Clarke chalked up 16 points in a losing effort. They received some firepower off the bench from forward Santi Aldama, who finished with 16 markers.

Star point guard Ja Morant took a rest against the Hornets, but he will likely play against the Pistons on Monday. The same goes for Dillon Brooks, who will be bringing more offensive punch for the Grizz. Detroit is still monitoring the progress of Cade Cunningham’s injury before allowing him to jump in. They will rely on Grant and a mix of veterans and young players to win another game in their build-up.

The Pistons and Grizzlies split their two meetings last season, with the latter winning the first one 109-95 and the former avenging 111-97.

The Pistons are poor performers against the spread with a 0-5 slate, not including preseason games, while the Grizzlies are 2-8 ATS over the last ten matches.

The Grizzlies had done well in the Over/Under game, having gone over in their last six games. In five of their previous seven games, the Pistons had gone under, throwing a contrasting dynamic into the match.

Given that Dillon Brooks and Ja Morant are likely to suit up, Memphis is poised to win and cover the 7-point spread. As for the total combined points, the smart money will be on over since the Grizzlies tend to be more efficient on the offensive and in control of the pace when Brook and Morant are on the floor.

Grizzlies will bag the W at home; the combined points will exceed over 222 points. Memphis is a seven-point favorite heading into the match, according to BetOnline odds.