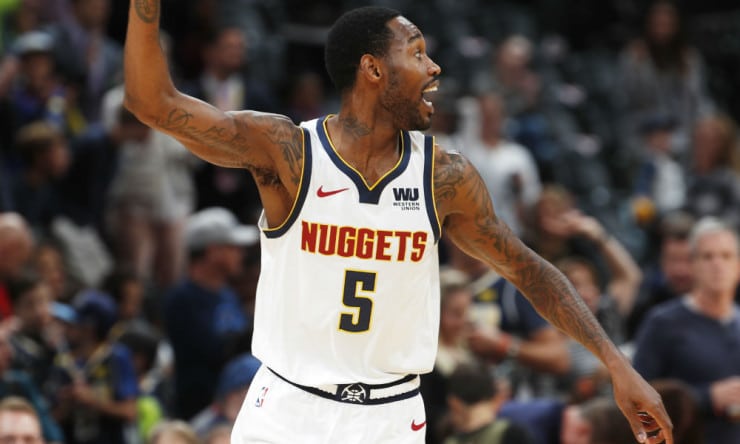 After defeating the Detroit Pistons on Sunday night, the Denver Nuggets come to Detroit seeking a second-straight win, this time in the Motor City. Despite a plethora of injuries, the Nuggets still remain a threat in the league and will most likely give fits to a struggling and rebuilding Pistons squad. Stranger things have happened though as the Nuggets are no stranger to getting caught off guard to a lesser team. Let’s take a look at the top NBA picks and betting trends, as well as the starting lineups for tonight’s Nuggets vs Pistons game.

All Nuggets vs Pistons betting odds can be found at BetOnline

Nuggets vs Pistons News and Preview

As alluded to already, the Nuggets beat the Pistons on January 23rd by a final score of 117-111. Denver was led by the now reigning Western Conference Player of the Week in Nikola Jokic who flirted with a triple-double coming away with 34 points, nine rebounds, and eight assists to go along with a couple of steals. As for the Pistons, they were led by their rookie, Cade Cunningham, who posted totals of 18 points, five rebounds, and eight assists with a field goal percentage of 46.7 percent.

With these two teams being in different conferences, this will be the last matchup between them this season. The Nuggets already lead the season series and will look to sweep it as they come to Detroit. Without former Denver Nugget, Jerami Grant, and other role players, the Nuggets have a good chance of pulling off said season-series sweep.

As tempting as it may be to pick the upset, the safe bet is still on the Denver Nuggets. They are looking to start a winning streak and make some ground between them and the play-in tournament picture in the Western Conference. A couple of wins over a lottery team would be a good jumpoff point for this sort of streak. Not to mention, Nikola Jokic is still playing at an MVP level and will continue to dominate as long as his supporting cast does not let him down.

Denver’s injury report is about as long as Detroit’s, but Denver’s roster is still chock full of role players who know these types of games can make or break a season come playoff time when it comes to seeding. The Pistons are still very inexperienced and will probably have no answer for Jokic down on the block. I predict the Nuggets to win by pulling away within the last four to five minutes in the game.

For what it’s worth, ESPN’s Matchup Predictor gives the Nuggets a 75.7% chance to win the game.

All NBA picks and betting lines were retrieved from BetOnline. Click below to claim a free bet, if you’re a new customer.