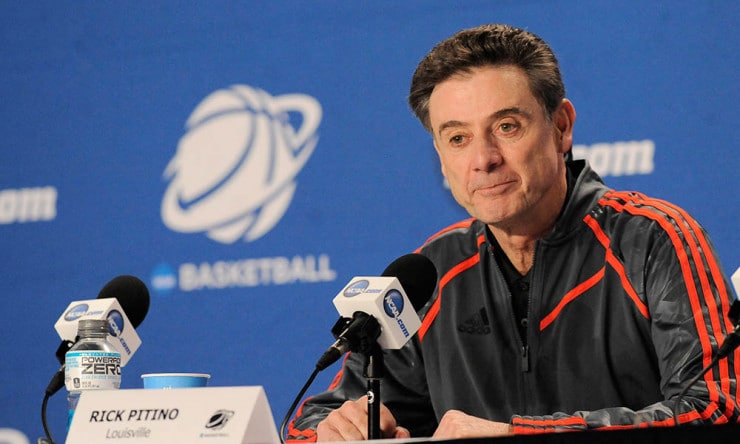 “I’m very much in favor of high school kids going pro,” said Pitino, who will lead Louisville against Northern Iowa in a round-of-32 NCAA tournament matchup Sunday, during his pregame comments Saturday. “I had six young men commit to me out of high school that didn’t go to college, that went to the pros. I’m very much for that because they didn’t want college. They wanted to go to the NBA. And if they go to the [NBA Development League], that’s fine with them. But the six-, seven-month education, online classes second semester. I don’t know what that does for a young person.”

Pitino added: “Now, I’m different than, probably, the coach of Kentucky, who is having so much success with that.”
via Myron Medcalf of ESPN