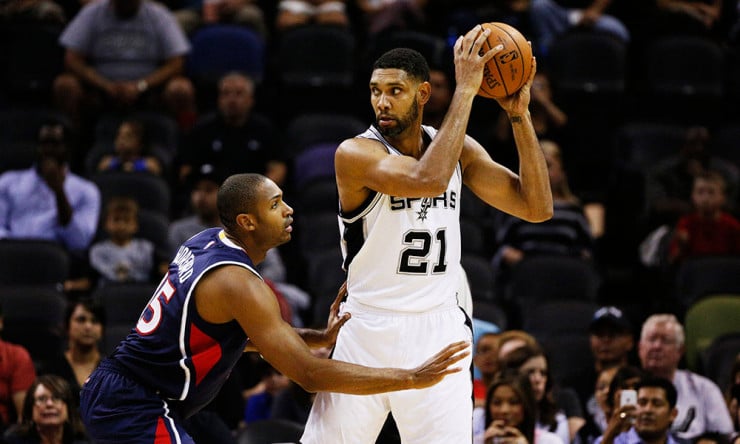 “No matter how (the season) ends, I think Timmy (Tim Duncan) is going to look at (retirement) again,” (Spurs Coach Gregg) Popovich told USA TODAY Sports on Tuesday. “And if you ask me, my guess is that he’ll go for another one because he has been so consistent this season.

“It’s just consistent stuff: another double-double, over and over and over again. Because of that, I think in his mind that if it continues through the rest of the year, I think he’ll say, ‘I’m going to go another year and see what happens.’ Because what he has told me is that the minute he feels like he’s a hindrance to his team or he’s not on the positive end or helping him, he’s going to walk right off the court. It might be during the third quarter of a game.

“He’s not going to hang on to finish a contract or make the money or have the notoriety that you know he doesn’t give a (expletive) about. So the way he’s playing now, he’s going to look in the mirror and say, ‘Hey, I’m doing all right.’ ”