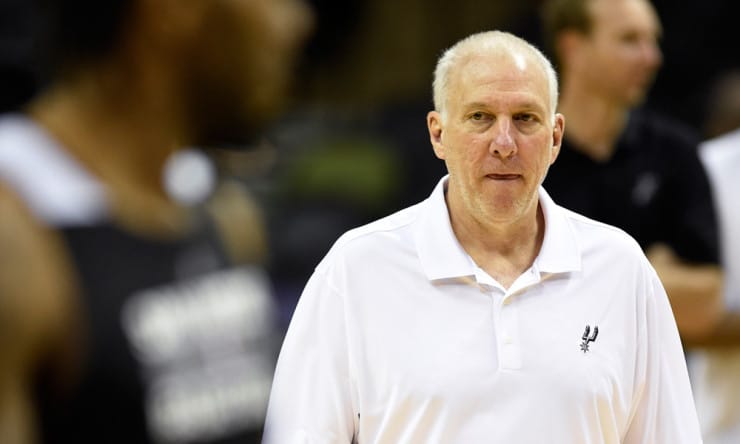 Former Spurs forward Tim Duncan made an appearance at the team’s Wednesday training camp workout, just two days after coach Gregg Popovich joked he would fine the future Hall of Famer $2,500 for each day he was absent.

But even with Duncan’s surprise appearance, his role within the organization remains a work in progress. Popovich mentioned Monday that Duncan would remain involved with the team, and joked that he’d be “the coach of whatever he feels like.” Popovich said there’s no room for Duncan on the bench during game situations, and he joked that he’s “too smart for that” anyway. Popovich was unsure whether Duncan would take part in some road trips, saying the organization “just want[s] to let it kind of morph into its own sort of thing.”