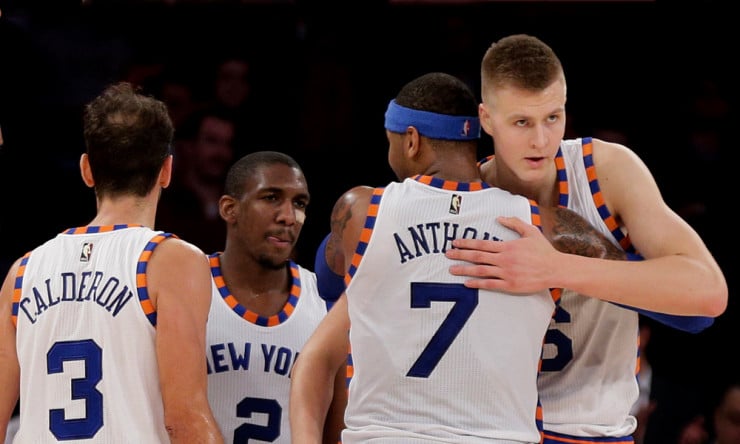 The debate over whether Carmelo Anthony needs to “pass the torch” to Kristaps Porzingis and take a back seat to the young big man on offense continues. But Porzingis himself isn’t paying it any attention.

“I don’t really react to it,” Porzingis said Tuesday. “That’s not something I’m worried about. I read social media and Twitter and all that. But a lot of that is just in and out. And I don’t really pay attention to it. It doesn’t really matter. All that really matters is [to] win games. And as long as we’re winning it’s not going to be a debate about whose team is it or whatever. So that’s the main focus.”