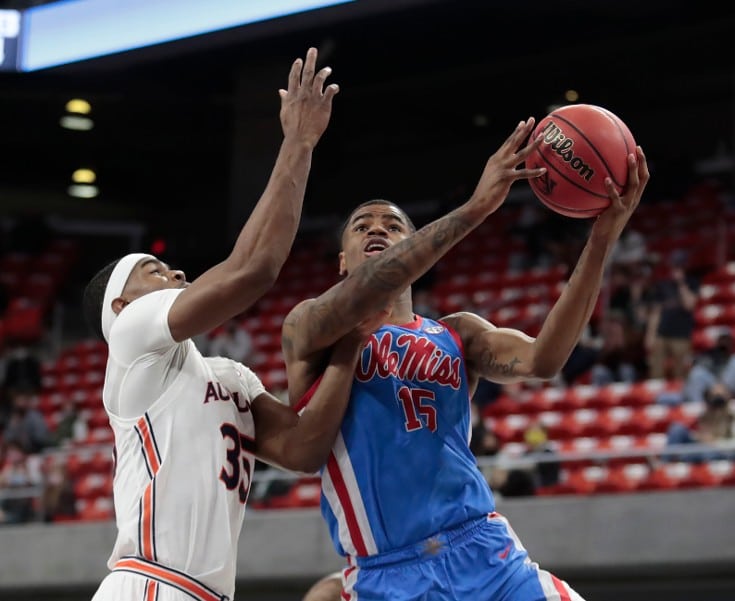 Will Jabari Smith and the Tigers win their second straight head-to-head contest against the Rebels this season? Mississippi will have to bring its A-game. Including the starting lineups, our top NCAA picks and betting trends are available below.

All Rebels vs Tigers betting odds can be found at BetOnline

Anyways, on Saturday, in the Ole Miss Rebels’ 85-68 road win over the Georgia Bulldogs, guard Tye Fagan finished his outing with 20 points scored in 38 minutes of action. Forward Jaemyn Brakefield also contributed 19 points, 4.0 rebounds and 2.0 assists in 31 minutes played. With only seven turnovers, the Rebels ended their performance shooting 9-for-21 (42.9%) from behind the arc.

And, Ole Miss has won just four of its past 10 games. However, the team’s four-game skid came to an end after defeating the Bulldogs. Their only other victory in the month of February was on Feb. 1, when they won 76-72 over LSU. The Rebels are now 2-5 away, 10-6 at home and 4-3 ATS on the road this season.

Furthermore, in the No. 3 Auburn Tigers’ 63-62 upset road loss against the Florida Gators on Saturday, forward Jabari Smith scored a team-high 28 points in 33 minutes spent on the court. Guard K.D. Johnson amassed 12 points, 4.0 rebounds and 1.0 assist. Despite outrebounding the Gators 38 to 27, the Tigers finished with an uncharacteristic 17 turnovers.

Referencing ESPN’s Basketball Power Index, the Tigers have a 93.7% probability of winning.

Additionally, Auburn has won eight of its previous 10 contests. Considering two of the Tigers’ three losses have come within the last 10 games, they are looking vulnerable at this moment. On Feb. 5, the Razorbacks beat them 80-76. All three losses were on the road. Auburn is now 14-0 at home, 7-2 away and 12-1-1 ATS at home.

Leading into tonight’s SEC contest, the Tigers are heavy 16-point favorites at home. Not to mention, the Rebels’ 2-5 away record this season is not very reassuring. It’s exactly why sportsbooks are not budging on their calculations and predictions.

All things considered, contemplate picking the Tigers to win, the Rebels will cover the spread and the total will go over 141. If you are new to sports betting, take a few minutes to review our handicap betting guide. Other NCAA picks are on the main page.