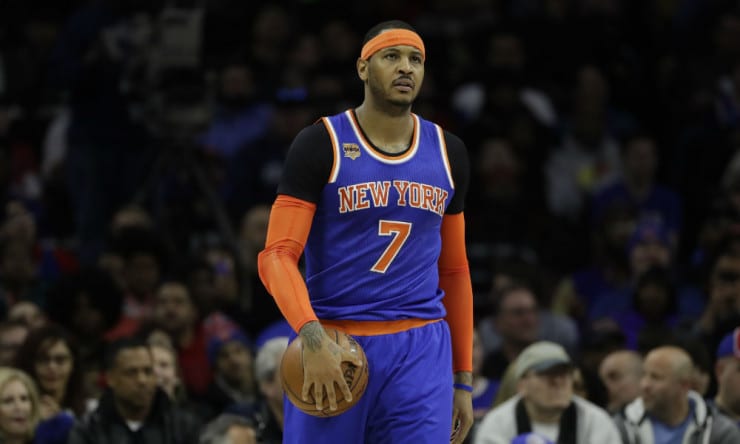 Barring an 11th-hour deal, Carmelo Anthony will remain with the Knicks next week when the team holds their annual media day to tip off the start of training camp. So while the message is one of rebuilding and looking toward the future, the focus will stay on Carmelo’s uncertain status and the dysfunction that intensified during the Phil Jackson era. Or error. Take your pick.

The Knicks under new team president Steve Mills and new general manager Scott Perry are well within their right to wait for the best deal possible before finally sending Carmelo on his way. The problem, however, is that Carmelo has limited his trade list to one team, the Rockets. So, unless Houston can find someone to take Ryan Anderson’s contract (he’s owed over $60M over the next three seasons), Carmelo is stuck in limbo.

Anthony’s camp is cautiously optimistic that a deal will be struck before Monday, and trying not to think about the potential media circus that will take place if Carmelo is still with the Knicks. Two weeks ago, Carmelo’s wife, La La, said the family thought a trade would have been completed by now.