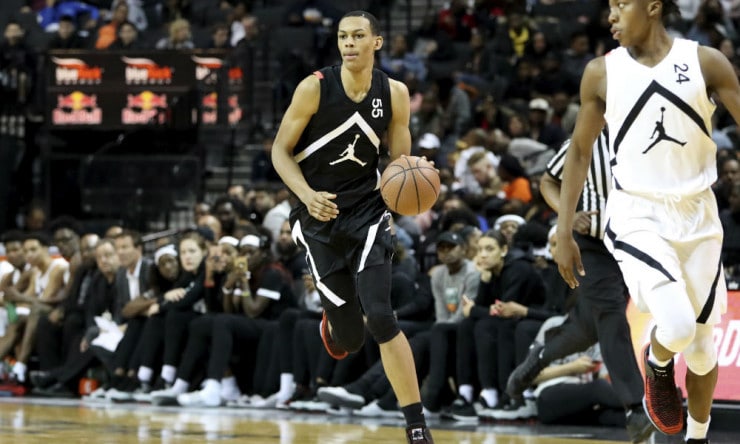 Darius Bazley blazed his own path in the basketball world when the top-10 prospect in the 2018 high school class announced his decision in March to decommit from Syracuse and enter the NBA G League. Now, Bazley tells The Athletic that he has decided not to play in the G League and will instead use the year to train and prepare himself as a professional.

“Talking about it over with my group, we felt confidently that the G League wasn’t going to be needed and now I can use this time to work on my craft,” Bazley told The Athletic. “It’s mainly me talking to [agent] Rich [Paul], he knows so much, and whenever he speaks my ears perk up. When Miles [Bridges] was in Cleveland for his predraft workouts, whenever he got a chance to work out in front of NBA teams, I was working out in the gym, too. So that played a part in it, me playing well in those workouts for us to say there’s no upside in the G League. If you play well, it’s expected. If you don’t play well, you’re not NBA-ready. That’s what they’ll say. For me, working out and preparing is the best route.