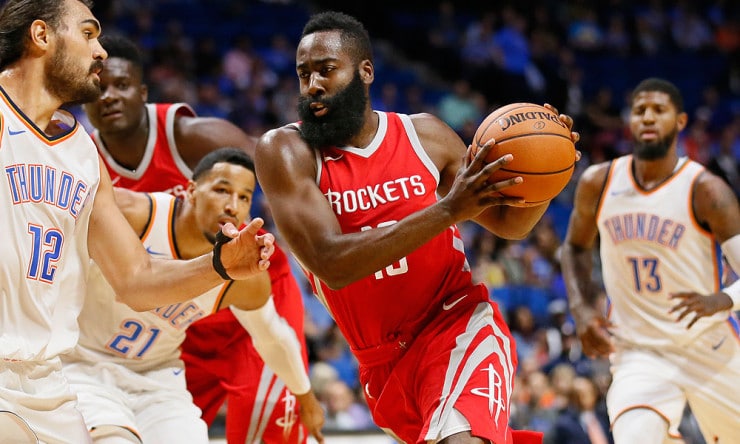 Rockets guard James Harden said he was “pretty close” to not playing Saturday night due to a bruised right knee and anticipates having to play through pain for an extended period of time.

Harden hurt the knee when he crashed into the basket support after being fouled by San Antonio Spurs guard Brandon Paul during the Rockets’ victory Friday. He was considered a game-time decision Saturday night, then went on to score a game-high 31 points as Houston extended its winning streak to 13 games with a 115-111 victory over the Milwaukee Bucks.

“I wasn’t feeling well at all, but the doc came in and just told me that there’s going to be pain for a bit, but you can play through it,” Harden said. “It can’t get worse, but it’s going to be pretty painful until obviously you give it some time. Once he said that, I was like, ‘Let’s go.'”

Harden, who leads the NBA in scoring (31.5 points per game) and ranks second in assists (9.3), said he didn’t know how long pain in the knee would be a problem. However, he made it clear that he has no intention to miss any games, saying he’d get treatment on the Rockets’ off day Sunday and be ready to play Monday against the Utah Jazz. Harden, who was 8-of-21 from the floor against the Bucks, acknowledged that the soreness in his knee significantly limited his explosiveness.