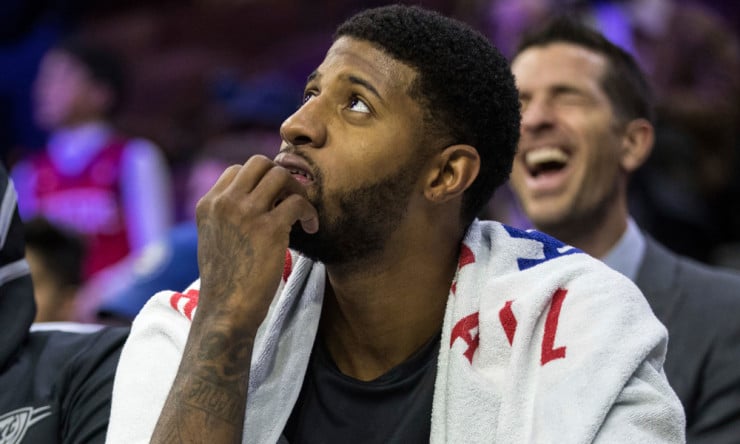 Remember when [Paul] George was so hell-bent on joining the Lakers? Well, that was before he found his way out of Indiana and into an Oklahoma City situation that might suit him well after all.

Even with the Thunder coming just two losses away from missing the playoffs, and then falling to Utah in six games during their first-round matchup, there is all sorts of optimism in Oklahoma City that George will re-sign. Conversely, there’s pessimism in [LeBron] James’ camp that George would leave Oklahoma City. George has raved about the Thunder since the beginning, making it clear to USA TODAY Sports in September that the organization had earned his confidence from the start.

It’s not hard to understand what might compel George to stay. The chemistry with Russell Westbrook is bound to improve if they have a second year together, and it doesn’t hurt that their off-court relationship continues to appear very strong. Ditto for George’s dynamic with coach Billy Donovan.