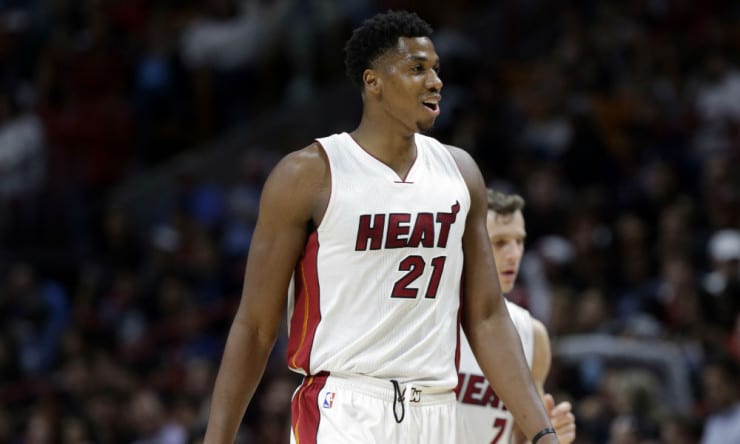 The Miami Heat have applied to the NBA for the $5.5 million disabled-player exception that became available in the wake the decision by guard Dion Waitersto undergo surgery on his chronically troublesome left ankle.

Monday was the deadline to file for the exception, which is half of Waiters’ 2017-18 salary.

The exception is made available if an independent medical panel determines that Waiters will be sidelined at least through June 15. The part of the process has now been set in motion.

The timetable for Waiters’ recovery runs at least that long, although he would be eligible to return earlier even if the exception is spent.

The exception does not create an additional roster spot, with the Heat already at the maximum of 15 players under standard NBA contracts, in addition to the two allowable two-way contracts with the developmental league.