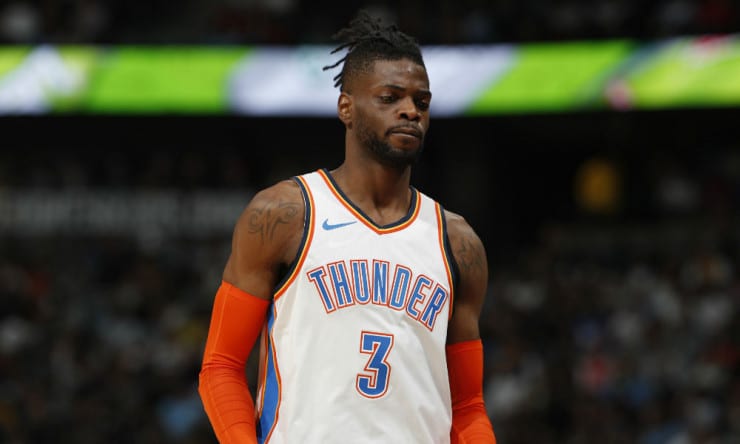 The Oklahoma City Thunder announced today that center Nerlens Noel sustained a concussion after suffering a blow to the head from Andrew Wiggins’ elbow that resulted in him losing consciousness while being knocked to the floor at the 5:16 mark of the third quarter during last night’s game versus the Minnesota Timberwolves.  He has been placed in the NBA’s concussion protocol.

Noel was held overnight at OU Hospital for tests and observations and has been released today.

Per the NBA’s Concussion Policy, Noel will now begin the NBA-mandated Return-to-Participation Protocol. This process includes a series of steps designed to ensure an athlete exhibits symptom-free behavior before resuming basketball activities. There is no predetermined timetable to complete the protocol, as each injury and player is different and recovery time can vary in each case.