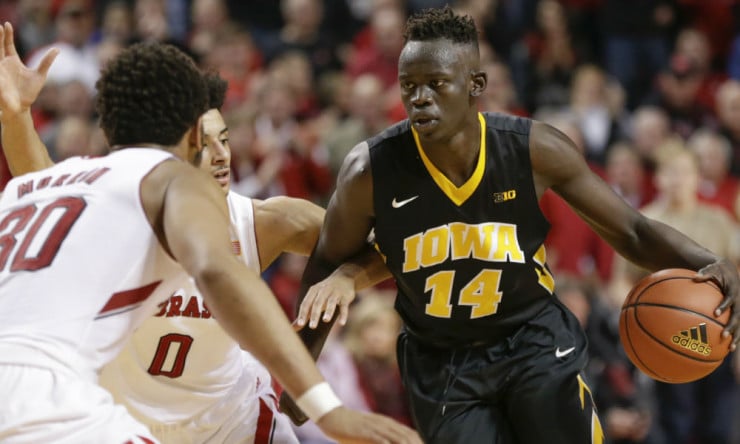 The Iowa Hawkeyes and the Richmond Spiders are set to meet on Thursday. The Hawkeyes should be able to walk away with this one, but Richmond showed in the Atlantic 10 tournament that they can beat anybody in the country.

The Iowa Hawkeyes are going to be coming into this one playing their best basketball as of late. They were able to win the Big Ten Tournament after they beat the Purdue Boilermakers by nine points on Sunday. In that game, future lottery pick Keegan Murray led the way with 19 points.

In order for Iowa to find the type of success that they are looking for, they’re going to have to rely on Keegan Murray to play the type of basketball that everybody knows this kid can play. There’s a reason why he’s going to be a high draft pick in this year’s NBA draft, and he has to show the world why he is worthy of that selection.

The Richmond Spiders have had an interesting season. They ended up finishing as a number six seed in the Atlantic 10, but they were able to win their conference tournament and that led them to get the automatic bid from the conference.

Richmond ended up beating Davidson in the Conference Finals by two points as Jacob Gilyard led the way with 26 points.

It looks as if Richmond is playing their best basketball down the stretch, and that’s exactly what you need to be doing to compete in the March Madness Tournament.

For this game, I like the Iowa Hawkeyes to win outright. I think both teams are going to be coming into this one playing their best basketball, but I have to give the edge to Iowa because they are currently on a four-game winning streak and won the conference tournament in arguably the best conference in college basketball.

They were able to take down some impressive opponents during the Big Ten Tournament including Rutgers, Indiana, and Purdue. I think that they’re going to prove to just be a little too much for this Richmond team, although I do anticipate it to be a close game.

Get free March Madness bets for the Iowa vs Richmond game at BetOnline below.