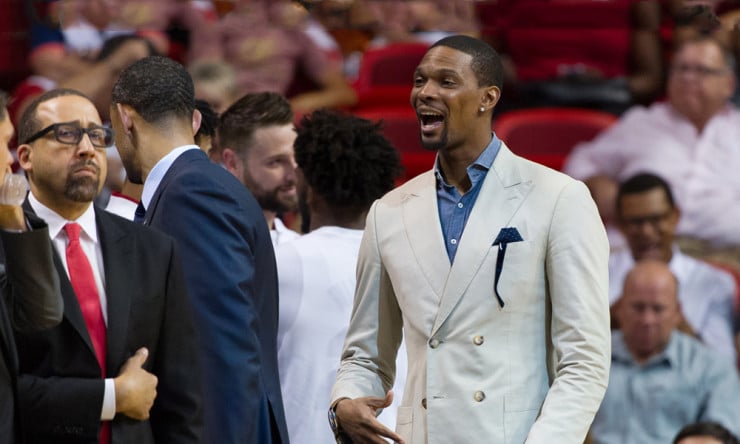 Miami HEAT president Pat Riley on Saturday said it is still too early to know when Chris Bosh will be able to return to the team after a recurrence of blood-clotting issues kept the 11-time All-Star on the bench for the final 29 games of the season.

“It’s a positive environment right now with Chris,” Riley said Saturday during a news conference to address the team’s offseason to this point. “I think his doctors and our doctors are constantly, or moreso now than ever, communicating. I know what Chris wants. I know he wants to play. And obviously we would be open to that, but this is still a very fluid situation.”

Riley said nothing has been determined and that the team could gain clarity on Bosh’s health situation in the next few months.