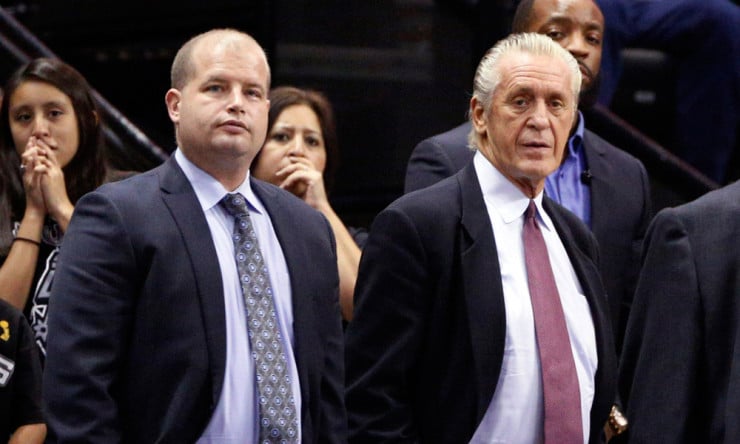 Breakups don’t always include regret. But Dwyane Wade’s split with the Heat includes plenty of it.

Pat Riley made his first public comments regarding Wade’s departure Saturday, and the word “regret” slipped out of the Heat president’s mouth within the first three minutes of his press conference.

“What happened with Dwyane floored me … The buck really stops here,” said Riley, who took responsibility for Wade’s decision to leave Miami. “I’m not trying to fall on the sword for anybody. I have great regret that I didn’t put myself in the middle of it and immerse myself totally in the middle of it, get in a canoe and paddle to the Mediterranean if I had to, be in New York when he arrived on the 6th and greet him at the airport. I didn’t do that. I wasn’t there in the middle of the negotiations, and that’s my job.”