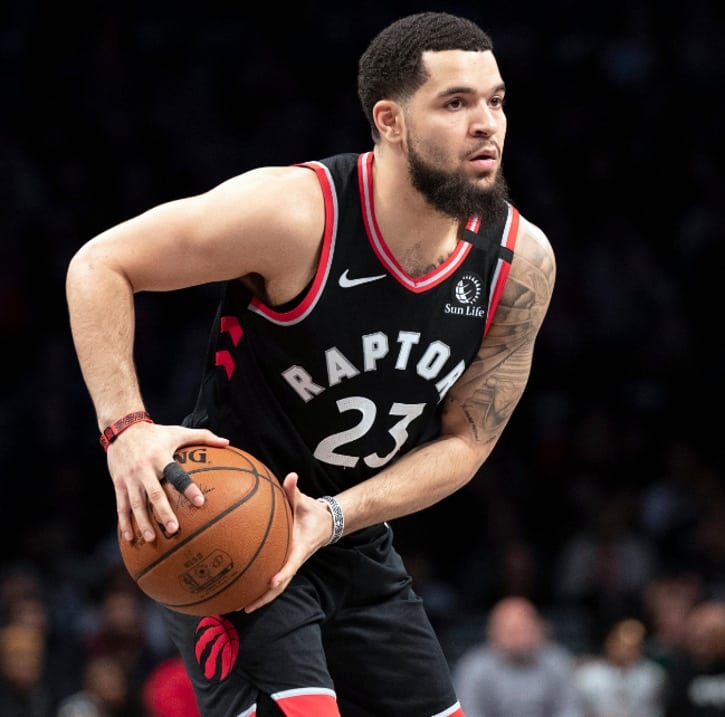 On Monday, Oct. 11, 2021, the Houston Rockets (1-1) are facing off against the Toronto Raptors (1-2) at Scotiabank Arena. This is Houston’s third preseason game, whereas this is Toronto’s fourth exhibition matchup. BetOnline betting odds are shown down below.

Heading into Monday night’s matchup, the Rockets are 2-1 in the previous three head-to-head meetings versus the Raptors. On Mar. 22, 2021, Houston defeated Toronto 117-99 at home. That was the last time these two teams played one another. Though, those three aforementioned games occurred last season.

Regarding Houston’s Jae’Sean Tate, he is expected to make his first start tonight. Tate is a 6’4” forward out of Ohio State. He went undrafted in 2018, but the forward ended up signing with the Antwerp Giants in Belgium. Then, Tate signed a deal with the Rockets in 2020. Last season, he averaged 11.3 points, 5.3 rebounds and 2.5 assists per game.

Preseason continues tonight back in T.O.

For Houston, Eric Gordon is listed as doubtful to play in tonight’s inter-conference matchup. Gordon currently has a day-to-day status due to an ankle injury. In addition to Gordon, John Wall is still not playing. Rockets general manager Rafael Stone is searching for a potential trade partner for Wall. The Clippers were the favorites to trade for the five-time All-Star a couple of weeks ago.

As for Toronto, Pascal Siakim remains out. He is dealing with a shoulder injury. Chris Boucher is also out. Last Monday, head coach Nick Nurse told media reporters that Boucher underwent surgery on his dislocated left middle finger. And, Yuta Watanabe is out tonight because of a calf injury. 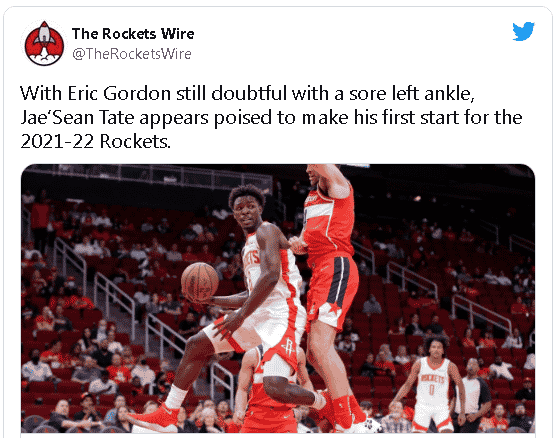 On Thursday, in the Rockets’ 113-106 loss against the Heat, guard Jalen Green led the team in scoring, finishing his night with 20 points in 28 minutes played. Plus, forward Christian Wood ended his performance with 13 points, 8.0 rebounds and 1.0 assist in 26 minutes on the court.

Meanwhile, in the Raptors’ 113-111 loss to the Celtics on Saturday, guard Fred VanVleet had a team-high 22 points in 29 minutes played. Forward OG Anunoby accumulated 17 points, 5.0 rebounds and 1.0 assist in 29 minutes on the court. Despite Toronto’s 43-point second quarter, they failed to outscore the C’s throughout the rest of the exhibition game.

The Raptors were held to only 16 points in the first quarter. Their two-point defeat says more about the Celtics than it does about the Raptors. Both teams played great. Though, Boston shot 19-for-40 (47.5%) from behind the arc, whereas Toronto finished 16-for-46 (34.8%) from three-point range. They are now 1-2 in preseason games for the 2021-22 NBA season.

Moreover, the Rockets scored 106 points in their defeat against the Heat. On the flip side, the Raptors scored 111 points in their loss versus the Celtics. This is a total of 216 points. The Rockets-Raptors total is set at 222.5. Consider taking the under for tonight’s game.

Furthermore, for useful betting trends, Houston is 5-1 ATS in the team’s past six games played. Not to mention, the total has gone over in seven of the team’s previous eight games. The Rockets are also 1-8 straight up in their last nine road games. The betting trends listed here do not include exhibition contests.

As for the Raptors, they are 1-4 ATS in their past five games played. And, the team is 0-7 SU in their last seven games. To add to these statistics, Toronto is 0-5 SU in the team’s previous five games played as well. In summary, contemplate picking the under. The Raptors will likely pull away with a win, too.

Pick the Raptors to win at home; the total will go under 222.5. The Raptors are three-point favorites with BetOnline.