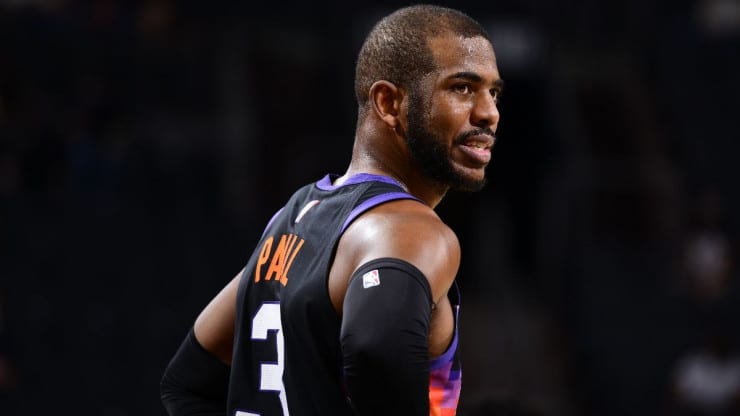 The Houston Rockets step into the Footprint Center Thursday night (10 PM EST), trying to snap a five-game losing skid. On the other hand, the Phoenix Suns aim to prolong their winning run to three games amid a brewing firestorm that is about to consume the franchise. BetUS already posted the Moneyline, ATS, and O/U for this game. Check it out below.

The Rockets are a young team striving to build a winning culture despite being early in their rebuild. On Monday, Houston decided that Kevin Porter Jr. will continue to play a crucial part of their rebuilding process after exercising the team option on the fourth year of his rookie contract, per Jonathan Feigen of the Houston Chronicle. Porter ended up in Houston last season after spending two seasons with the Cavaliers. The explosive guard averages 12.3 points, 4.3 rebounds, and 5.4 assists per game in seven games while shooting 40 FG% and 33 3PT%.

Baxter Holmes of ESPN dropped a story chronicling allegation of racism and misogyny within the Suns organization, pinpointing the owner himself, Robert Server, as the main perpetrator. The NBA scribed backed his article by presenting interviews with more than 70 current and former employees, including former head coaches and part-owners. In response, the Suns organization released a statement from Server, who called the story inaccurate and misleading while assailing the journalist’s integrity.

After their breakthrough win against the OKC Thunder last October 22, the Rockets suffered five straight losses, two of which came against the Los Angeles Lakers at Staples Center.

The Rockets’ struggle to get wins shouldn’t surprise the organization nor its fans. After all, this team is at the infant stage of its rebuild after trading long-time franchise player James Harden to the Brooklyn Nets last season. The No.2 overall pick and the player being groomed as the next franchise player, Jaylen Green is putting up decent numbers through the first two weeks of his NBA career. The high-flying guard averages 14.6 points, 3.7 rebounds and 3.3 assists in under 32 minutes per game. He and Porter Jr. forms a 1-2 punch for the Rockets in the backcourt and the team hopes these two will continue their progress towards becoming a devastating duo in the league.

The Suns, with all the drama surrounding their team owner, are picking up wins one by one. They have Chris Paul to thank for their resurgence. Paul, who recently passed Mark Jackson and Steve Nash to secure the No.3 spot in the NBA’s all-time assists list, recorded a double-double in back-to-back games, resulting in wins. Paul tallied 16 points and ten assists in Saturday’s victory over the Cleveland Cavaliers, 101-92. On Tuesday, he followed it up with 14 points and 18 assists in another convincing Suns’ victory against the New Orleans Pelicans.

The Suns have a chance to keep piling up wins as they host the Houston Rockets on Friday and Atlanta Hawks over the weekend. The Rockets, meanwhile, will still have to play three more road games before facing the Detroit Pistons to kick off a three-game homestand.

The Suns, who swept the Rockets in all three meetings last season, will be too much for this young team again. As long as Paul keeps playing at a high level, Phoenix will be a hard team to beat almost every game. As for the ATS game, the Rockets are pretty solid in this department with a 4-3 slate. They also found ways to lose by less than 10 points every time they came out as 11-point underdogs. With that, it might be just fine to roll with the Rockets in this one and expect them to give the Suns a good fight.

Picks: Suns winning by less than 10 points. Rockets take another ATS win. The total points will surpass 219 points for OVER.

For more NBA betting odds and a chance to double your stake, visit BetUs.com.