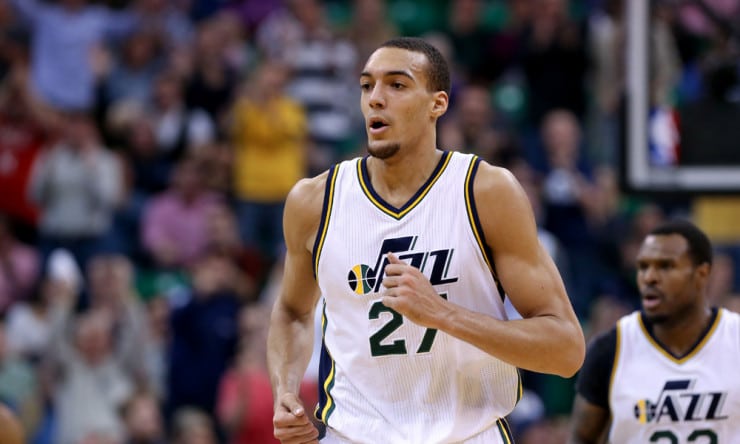 Already one of the league’s most feared rim protectors, (Utah Jazz Rudy) Gobert hopes to put a little more fear into opposing defenses next year. The center intends to improve his post-game and add some mid-range shooting to his repertoire. He says he’s hitting consistently from about 15-feet right now, and he plans to spend 10 days in Germany with Dirk Nowitzki’s shooting coach later this summer to help fine tune his form.

“I’m more confident,” he said of his offensive game. “Really in the first season and early last season, I wasn’t really trying anything offensively. Now I can really work on my game and try to show it on the floor.”