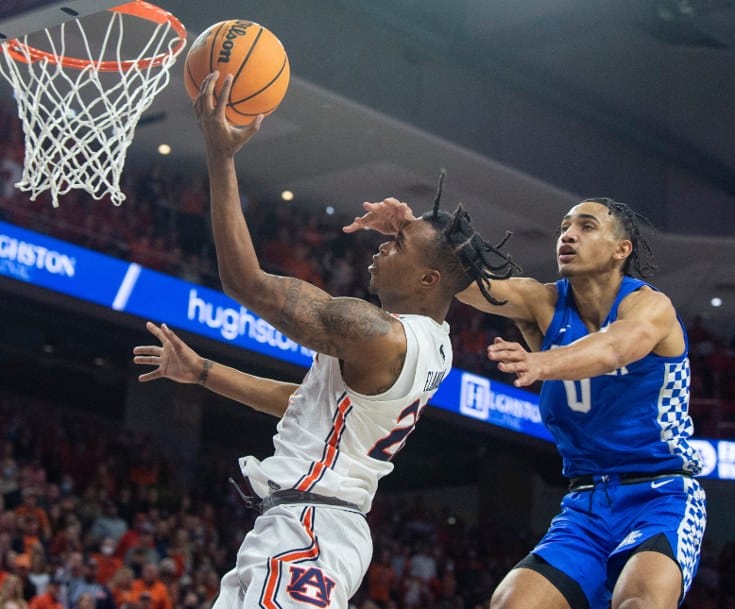 In tonight’s first-round matchup of the National Invitation Tournament (NIT), the No. 15 Saint Peter’s Peacocks are aiming to upset the No. 2 Kentucky Wildcats at Gainbridge Fieldhouse; free March Madness picks are featured here. Saint Peter’s averaged 66.87 points per game during the regular season. Keep scrolling for Peacocks vs Wildcats preview content.

Can Daryl Banks III and the Peacocks pull off one of the biggest upsets tonight? The junior guard is averaging 11 points per game and shooting 38.5% from the field. Kentucky is 5-2 in its last seven games. Along with the starting lineups, our top March Madness picks and betting trends are available below.

All Saint Peter’s vs Kentucky betting odds can be found at BetOnline.

Heading into Thursday night’s mismatch of the NCAA Tournament, the No. 15 Saint Peter’s Peacocks are focusing their attention on defeating the No. 2 Kentucky Wildcats. Saint Peter’s is currently on a seven-game win streak. Last Saturday, the Peacocks bested the No. 4 Monmouth Hawks 60-54 in the MAAC Tournament. Doug Edert led Saint Peter’s in scoring with 20 points.

Guards Daryl Banks III and Matthew Lee each contributed 8.0 points as well. Now, the Peacocks are 5-0 ATS in their last five games played in March. And, the team is 7-7 away, 9-4 at home, 3-0 at a neutral site and 3-0 ATS at a neutral site. They can potentially upset the Wildcats. Free March Madness picks are below.

Furthermore, in the No. 3 Kentucky Wildcats’ 69-62 loss versus the No. 2 Tennessee Volunteers in the SEC Tournament, forward Keion Brooks Jr. scored a team-high 19 points for Kentucky. Guard Tyty Washington Jr. also finished his performance with 17 points, 6.0 rebounds and 4.0 assists in 37 minutes played.  The Wildcats shot a lousy 2-for-20 (10%) from behind the arc.

Regarding ESPN’s Basketball Power Index, the Wildcats have a 95.1% chance of winning.

The Wildcats are 1-4 ATS in their previous five games when playing as the favorite. Oddsmakers must have spotted something that veteran bettors may have glossed over. Saint Peter’s vs Kentucky preview, prediction and free March Madness picks are below.

Also, Saint Peter’s is 0-6 in its previous six Thursday games when playing on the road. Taking everything into account, pick the Wildcats to win, the Peacocks will cover the spread and the total will go over 132. For March Madness betting, skim through our handicap betting guide. More March Madness picks are on the main page.

All betting lines were retrieved from BetOnline, one of the best sports betting sites in Kentucky. Click below to claim a free bet, if you’re a new customer.