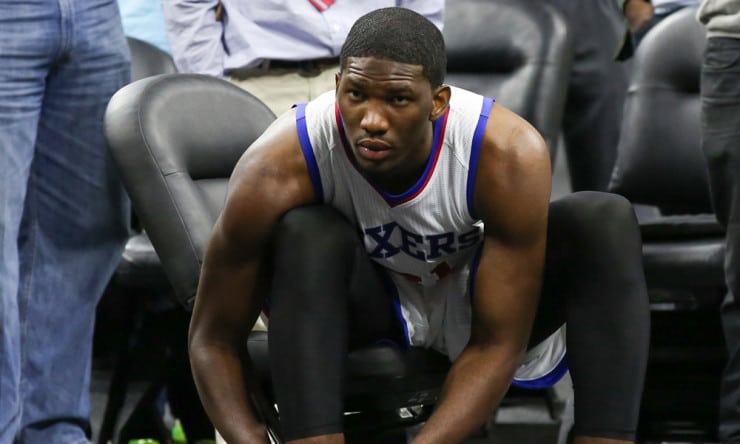 The $9 million the Philadelphia 76ers ownership will pay Joel Embiid in his first two years, even though he has not played an NBA game, will come out of their pockets.

Although Embiid’s contract is insured, since it is among the five highest salaries on the team, sources say Embiid’s right foot was excluded from the policy because it was a pre-existing injury. Embiid first had surgery on the foot the week before the 2014 NBA draft, in which he was taken by the 76ers with the third pick.

If Embiid’s foot were insured, the 76ers would have received roughly 60 percent, or $5.4 million back, from the league’s insurance policy.