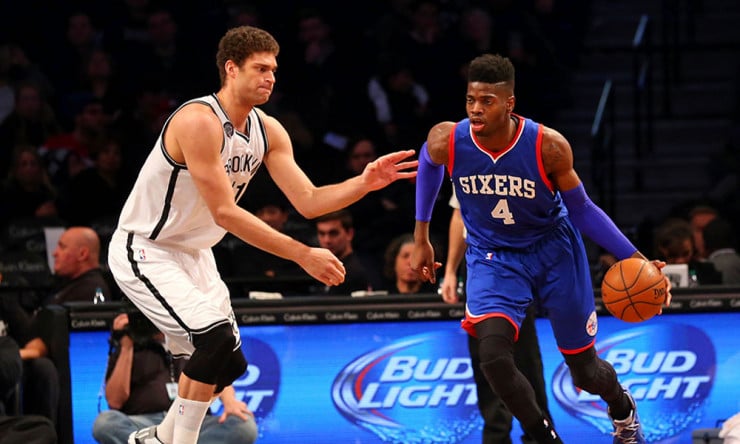 For the first time this season, Nerlens Noel appeared in a game. It didn’t take long before he was forced to exit. Making his much-anticipated season debut Sunday night, Noel scored eight points off the bench to help the Sixers take a 58-35 lead over the Pistons through the second quarter in Detroit. But the former first-round pick suffered a left ankle sprain and would not return.

It’s unclear when Noel may have tweaked his ankle, but there was a scare with less than a minute remaining in first quarter when he took a hard foul and fell awkwardly.“It’s a tough little break, but it’s a minor thing so I’ll probably be back by next game,” Noel said post-game.