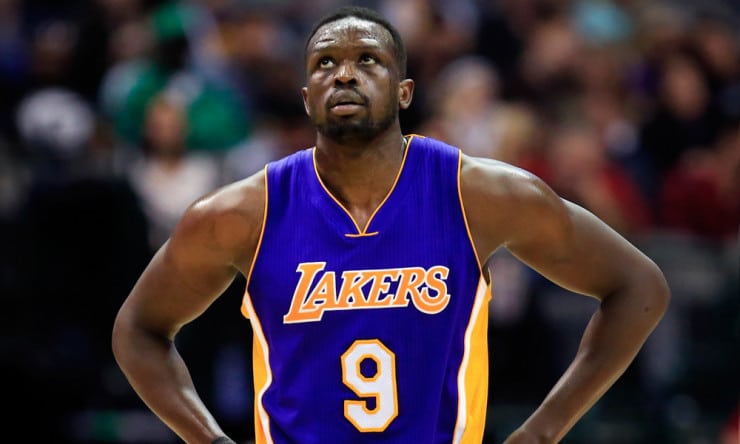 When Los Angeles Lakers forward Larry Nance Jr.broke a bone in his left hand last week, there was a brief possibility the team might replace him in the starting lineup with veteran power forward Luol Deng.

Instead the Lakers started rookie Kyle Kuzma, who proceeded to put up double-doubles in both his starts. Kuzma has played so well, he may never come out of the starting lineup — even when Nance is ready to return in 4-6 weeks.

Deng remained right where he has been for most of the season — on the inactive list, while the Lakers prioritize developing their younger players over getting value out of the man they signed to a four-year, $72 million contract in the summer of 2016.

Deng said he and his agent, Jeff Austin from Octagon sports management, have been working with the Lakers to find a resolution to the situation, either via trade or buyout, but he understands it may take weeks, months or even years to settle as he has two years and $36 million remaining on his contract after this season.