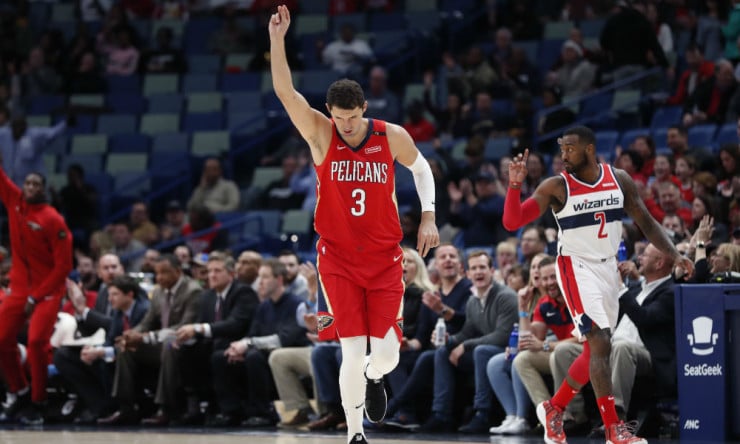 According to a league source, one team that has expressed interest in Mirotic is the Sixers, who have been eager to land a stretch-4 after having traded away Dario Saric in the Jimmy Butler package. New Orleans is seeking a first-round pick, and the Sixers have all their own first-rounders and a Miami first-rounder in 2021, plus an enormous stash of second-rounders: three (including Chicago’s) this year, three (including New York’s or Brooklyn’s) next year and four in 2021.

There’s also the team that was the frontrunner at this time last year to land Mirotic from Chicago — the Jazz. Sources told Sporting News that they, too, have interest in Mirotic.