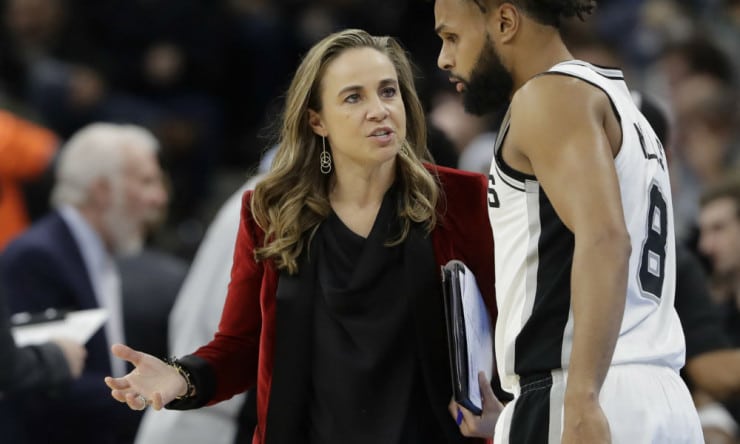 Hammon is the NBA’s first female assistant coach, and now will be the first woman to interview for a head-coaching job in the league. Hammon isn’t considered a frontline candidate on a Bucks list that included at least 10 possible candidates, but Milwaukee ownership and general manager Jon Horst were intrigued enough to ask the Spurs for permission to speak with her.

The Bucks met with Hammon in 2017 about the team’s GM vacancy, despite the fact that she had no front-office experience.

Hammon, 41, is the fourth Spurs assistant to interview for head-coaching openings this spring. Messina, James Borrego and Ime Udoka have interviewed for several openings. Borrego will interview next week, league sources said.