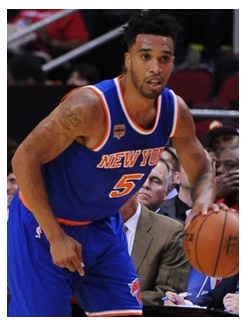 Wilson Chandler of the Denver Nuggets, Courtney Lee of the New York Knicks, Kent Bazemore of the Atlanta Hawks are available via trade. The Toronto Raptors have made it known there are no untouchables on their roster.

Among the non-Kawhi bait players around the NBA who are available via trade, per league sources: Denver’s Wilson Chandler, New York’s Courtney Lee, Atlanta’s Kent Bazemore. And as @TheSteinLine reported, the Raptors have let it be known there are no untouchables on their roster.