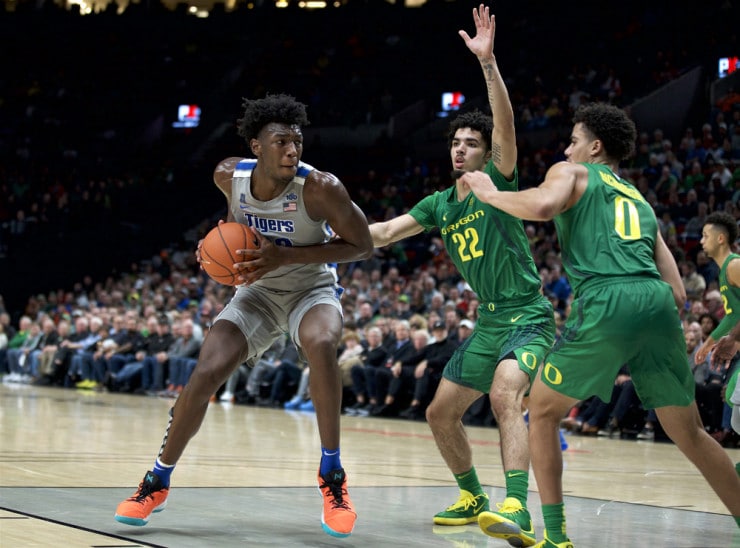 The Hornets are highly interested in selecting former Memphis center James Wiseman in the Nov. 18 draft, two NBA sources with knowledge of the situation told The Observer.

Those sources spoke on the condition of anonymity because they aren’t authorized to represent their teams publicly. Both sources work for teams with top-10 draft picks.

Those sources said they believe the Hornets — who hold the third overall pick — would consider trading up if it would secure Wiseman, who played just three college games at Memphis before opting out of his freshman season and turning pro.