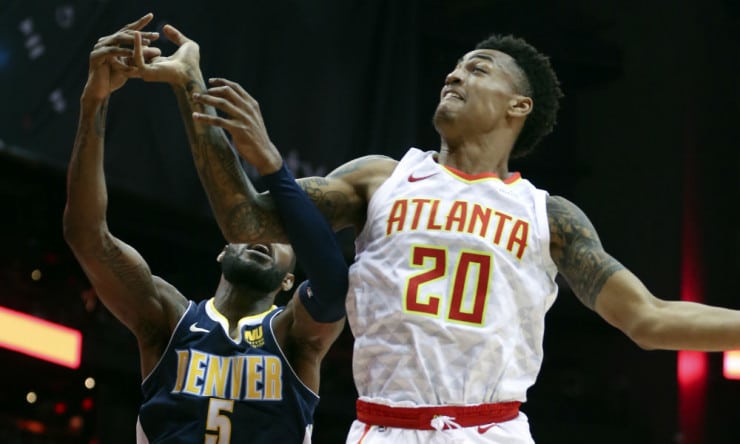 Atlanta Hawks rookie forward John Collins has a sprained AC joint in his left shoulder and is expected to miss two to three weeks, league sources told The Vertical.

Collins suffered the injury during the Hawks’ 121-114 home loss to Cleveland on Thursday night and underwent an MRI on Friday that revealed no tear, league sources said.

Collins is a core part of the Hawks’ rebuilding process and has had an impressive start to his career, averaging 11.5 points, 7.1 rebounds and nearly one block in 21 games. He was the 19th overall selection by Atlanta in the NBA draft.

The Hawks are also without starting center Dewayne Dedmon for the next three to six weeks because of a stress reaction in his left tibia. Dedmon, who joined the Hawks on a two-year deal in free agency, has averaged 11.1 points and 7.8 rebounds in 20 games this season.