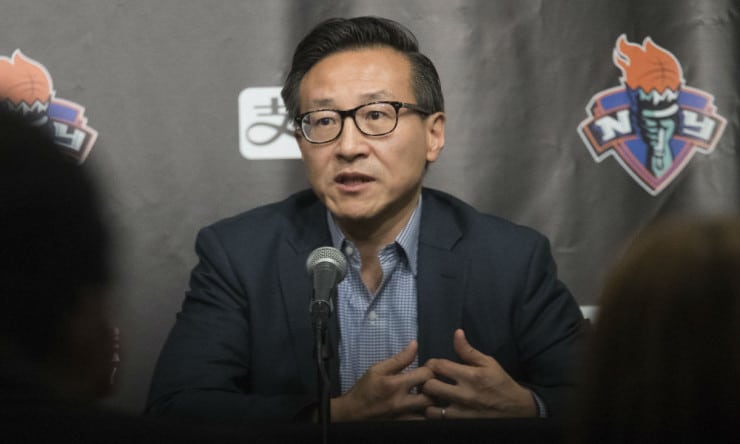 Joseph Tsai, the billionaire co-founder of e-commerce giant Alibaba, is close to signing a deal to buy the 51% of the Brooklyn Nets he does not already own from Russian billionaire Mikhail Prokhorov, sources told The Post.

The deal is expected to be announced this week, sources said.

The $2.35 billion transaction would mark the highest price ever paid for a sports franchise — beating hedge fund owner David Tepper’s $2.2 billion acquisition last year of the NFL’s Carolina Panthers and Tilman Fertitta’s $2.2 billion purchase of the NBA’s Houston Rockets in 2017.

Tsai already owns 49% of the team, which he bought for $1 billion last year. At that time, the 55-year-old businessman locked in the right to buy the remaining 51% of the team before the 2021-2022 basketball season for an additional $1.35 billion.