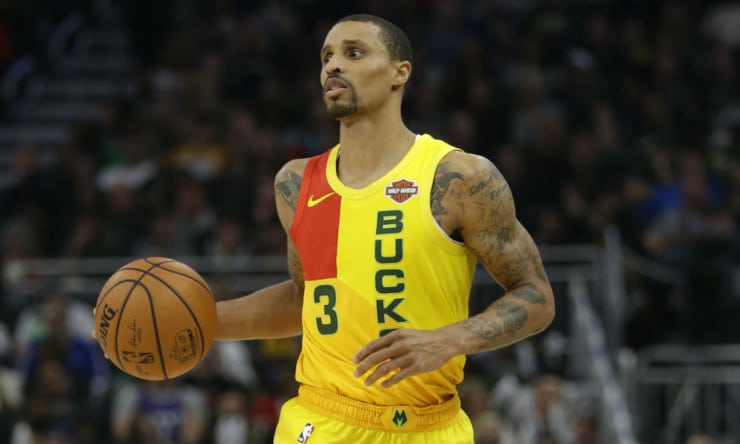 Kawhi Leonard and Kevin Durant are reportedly talking about teaming up and the Knicks have the cap space to land both players. We know that the Knicks feel as if they’re in on Durant as free agency approaches. SNY sources confirm that they expect to have an audience with Durant. As far as Leonard goes, there are people around the NBA Finals MVP who see New York as a destination for him. ESPN reported that Leonard plans to meet with the Knicks.

If the Knicks sign both of those players – or even if they strike out on them – they have their eyes on two veteran free agents. New York is expected to show interest in veteran guards George Hill and Wayne Ellington when free agency officially begins on Sunday, per SNY sources.

The Knicks are among the teams who will have interest in Reggie Bullock, per SNY sources. There is mutual interest between New York and Bullock, SNY sources say.