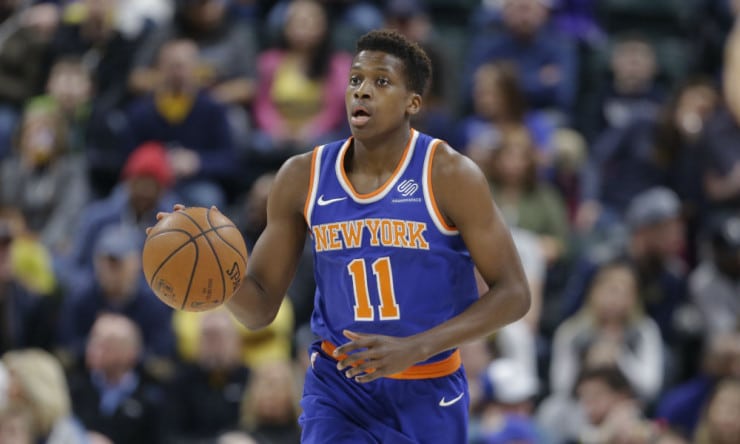 It’s logical to think that there are no players on the Knicks roster who are off limits when it comes to potential trades, but 2017 first-round pick Frank Ntilikina is one player who members of the organization are open to listening to offers on, sources confirm.

Ntilikina has been a part of trade rumors for several months. It is unclear what the Knicks would be looking for in return for a Ntilikina deal, but the New York Post, which first reported the Knicks’ willingness to move Ntilikina, says the club is looking for a late first or second-round pick.