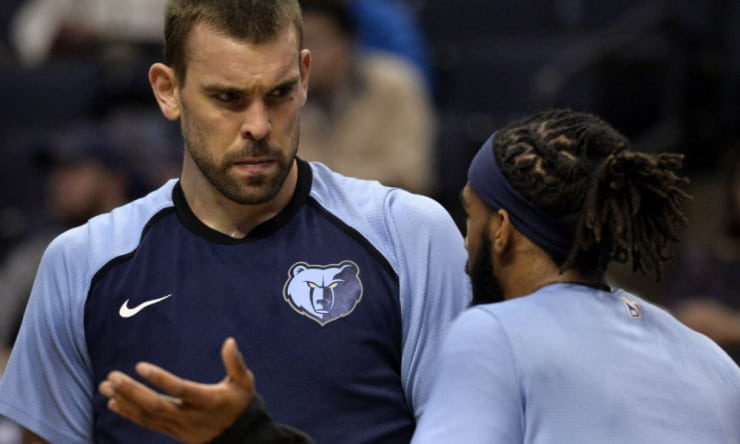 As the Memphis Grizzlies approach a crossroads ahead of the Feb. 7 NBA trade deadline, franchise stars Marc Gasol and Mike Conley Jr. met with owner Robert Pera this week over the state of the team, league sources told The Athletic.

Conley and Gasol, who has a player option for next season worth $25.5 million, sat down with Pera in Memphis this week to discuss the direction of the franchise, league sources said. Pera often meets with key team personnel when he visits Memphis over the course of a season.

Several NBA teams have monitored Gasol’s situation — and possible availability — in Memphis, but the Grizzlies so far this season have stated their desire to compete for a postseason berth with a team built around the three-time All-Star center and Conley. Gasol, who will turn 34 later this month, has averaged 15.4 points and 8.4 rebounds this season, but the Grizzlies have sputtered since a 12-5 start.