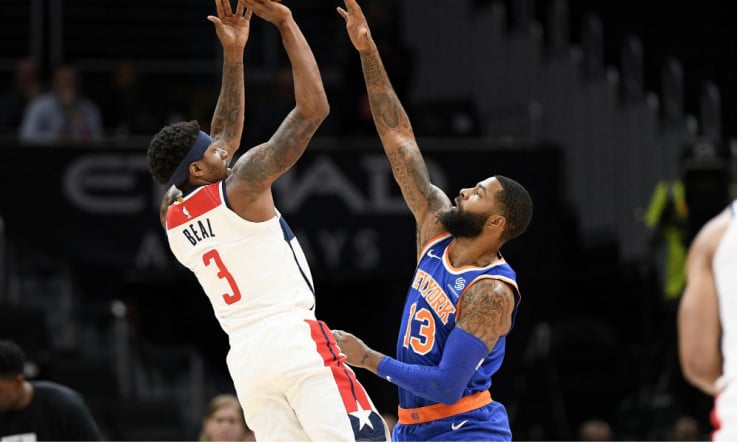 According to an industry official, it does not appear new Knicks forward Marcus Morris will receive a suspension after his Flagrant 2 ejection in Monday’s preseason opener for batting a ball in the face of Wizards forward Justin Anderson.

Hence the Knicks’ new starting small forward is primed for his date in San Antonio for the season opener Oct 23. The game has intrigue since Morris reneged on a Spurs deal in July.

All Flagrant 2’s are reviewed by the NBA to determine if a suspension is warranted. The league apparently decided Morris’ maneuvers were without intent to harm.