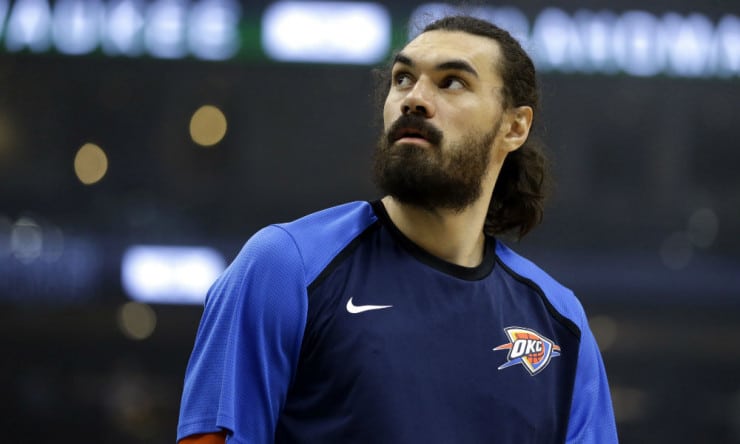 Sources told Heavy.com that the [Oklahoma City] Thunder are seeking a draft pick, a young player and salary relief for [Steven] Adams.

“They set the price too high,” one league executive said. “That’s what you’d expect and maybe it will drop as the year goes on. It’s tough to take on his contract (two years, $53 million remaining) and give up picks and players. Most teams are pretty well set at the center spot now, you have a big guy and you have your small lineup. You can’t just take on a contract like that. There isn’t a big number of teams who could take him.”