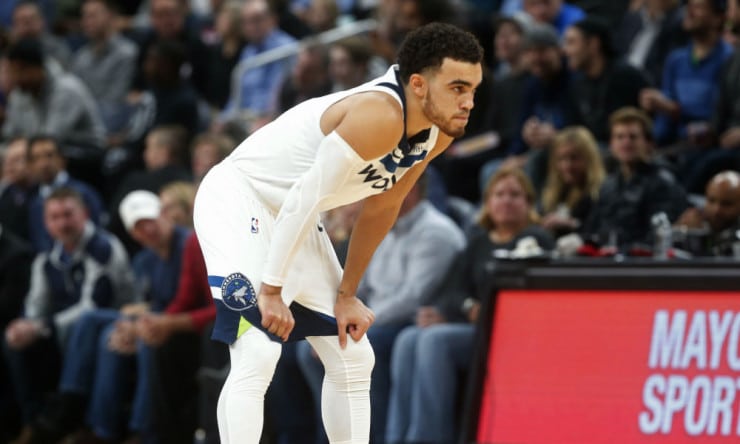 The player who has been most stonewalled by [Tom] Thibodeau’s preference for veterans — to the frustration of Wolves fans — has been backup point guard Tyus Jones, who is just 21 years old and played all 82 games last year. But his minutes fluctuated, his playing time sapped by the presence of Jamal Crawford (age 37) and midseason signee Derrick Rose. With starter Jeff Teague averaging 33.0 minutes and Crawford getting 20.7 minutes, there wasn’t much room for Jones to continue his growth.

But sources told Sporting News that Jones met with team management after the playoffs, and Thibodeau reasserted his support of Jones and his development. Even if the Wolves re-sign Rose, Jones was assured, his minutes and opportunities would increase because Crawford is not expected to return to the team. Rose mostly played shooting guard with the Wolves last season, so there’s a chance Jones could play alongside Rose as a backcourt bench unit.

Jones had considered requesting a trade, but the meeting with the team defused that notion before it arose. And for now, at least, the Wolves have no intention of dealing him.