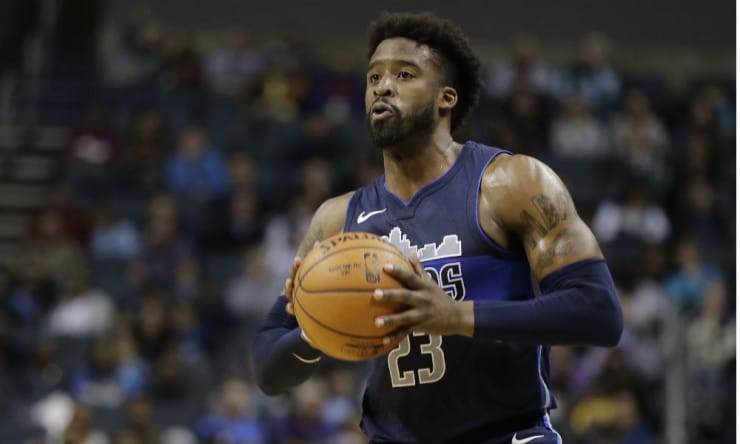 Dallas Mavericks guard Wesley Matthews has suffered a stress fracture in his right leg and will likely miss the remainder of the season, league sources told Yahoo Sports.

Matthews sustained the injury in Saturday’s win over the Memphis Grizzlies and underwent further testing on Monday. He is not expected to require surgery and will rest and rehabilitate the injury over the next several weeks, league sources said.

Matthews has averaged 12.7 points, 3.1 rebounds, 2.7 assists and 33.8 minutes in 63 games for the Mavericks this season, providing steady wing play and a veteran presence. During the season, several teams engaged with the Mavericks on trade discussions around Matthews, but no deal formed with the team valuing his leadership and reliability.

The Mavericks are 21-46 on the season and have prioritized developing rookie Dennis Smith Jr. and younger veterans Harrison Barnes and Dwight Powell.