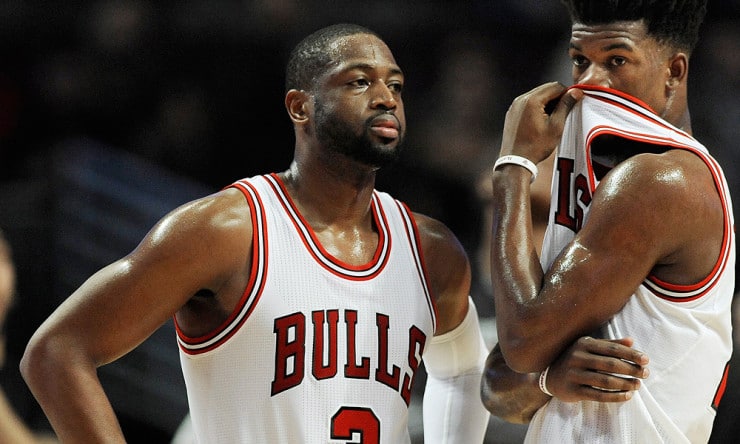 So the fact that the Bulls just lost their second-leading scorer to a regular-season ending injury helps the Heat. But when Miami’s players and coaches heard the news, they were crushed because that injured player is former Heat star Dwyane Wade.

“I hope I’m hearing the news wrong,” said Heat coach Erik Spoelstra, who made the jump from an assistant coach to a head coach during Wade’s 13 seasons in Miami.