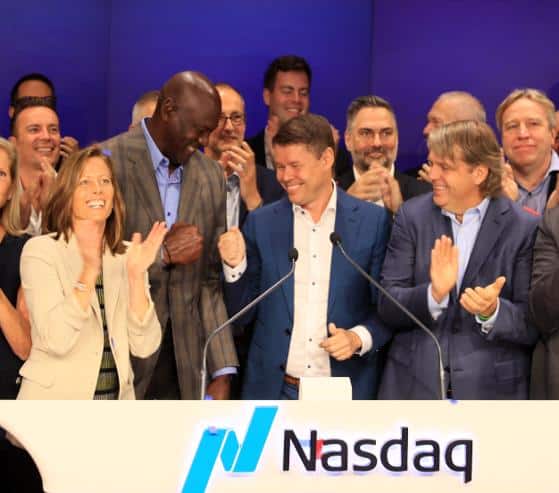 Switzerland-based sports betting and data collector Sportradar has now gone public. According to sources, after IPO prices, Sportradar went public on Tuesday morning with $21 billion valuation. The company opened at $27 per share.

After this news surfaced, Koerl mentioned, “It’s difficult to describe how much it means. I think it’s an inflection point and the next big milestone we have reached with the listing.” The 56-year-old German has been waiting a long time for this moment.

“We have a public face now, and that is super helpful for attracting more talent to our business, and of course, at the IPO we also get some proceeds, and we can use this to invest in growth.”

A milestone. Today's #SPORTRADARIPO on @Nasdaq is a celebration of our users, partners, and the hard work of our dedicated team. #SPORTRADAR | #NASDAQLISTED pic.twitter.com/4U8YZF0XVX

It’s game day for @Sportradar and Michael Jordan at the @Nasdaq Opening Bell! ?
$SRAD is a leading global provider of sports betting and sports entertainment products and services, alongside safeguarding sport through its Integrity Services division. pic.twitter.com/KFZbJUj7Iw

Furthermore, they are now moving to the NASDAQ under the symbol SRAD. Plus, they have official deals with the NBA and MLB. One special perk about Sportsradar’s software is their reliable data’s ability to detect inaccurate numbers, which can lead to fraud.

Sportradar is now worth $8 billion

As of today, Sportradar is worth approximately $8 billion. In July 2018, the company was valued at $2.4 billion. So, their net worth has nearly tripled since then. In the modern world of sports betting expansion, having access to important data is imperative for all types of gambling. Sportsradar specifically collects and examines data related to sports statistics. They provide services to 900 bookmakers and over 300 media companies.

In 2020, they were the number one provider to Sportsbooks in America. They also help national and international sports federations as well. Their headquarters are based in St. Gallen, Switzerland, and Sportradar was founded in Trondheim, Norway in 2001. CEO Koerl earned his masters degree in electronic and microprocessor engineering from Konstanz University of Applied Sciences in Germany.

Additionally, Horizon, led by Los Angeles Dodgers owner co-owner Todd Boehly, raised $525 million in IPO in 2020. Boehly did purchase roughly 5.98 million shares, and the company was projected to go public a couple of months ago. However, this $10 billion endeavor via SPAC fell through.