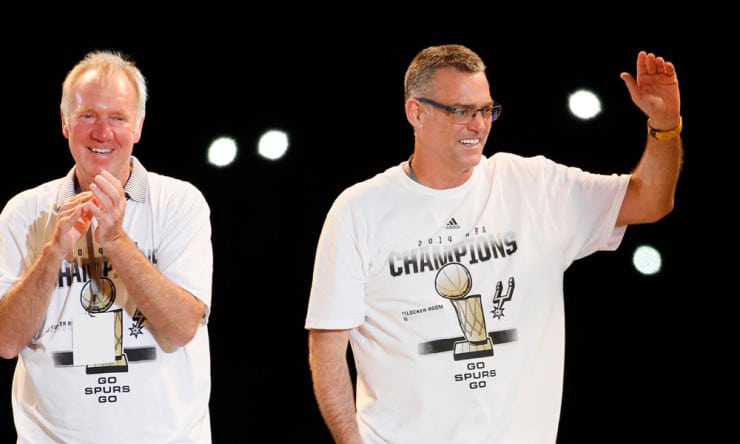 The Spurs GM won’t be extolling his virtues or patting himself on the back for the remarkable job he did in helping the franchise embark on an uncharacteristic path last summer. San Antonio Coach Gregg Popovich is happy to do it for him.

“The best way to put it would be to say we’d be lost without him,” Popovich said Monday after Buford was named NBA Executive of the Year for the second time in the last three seasons.