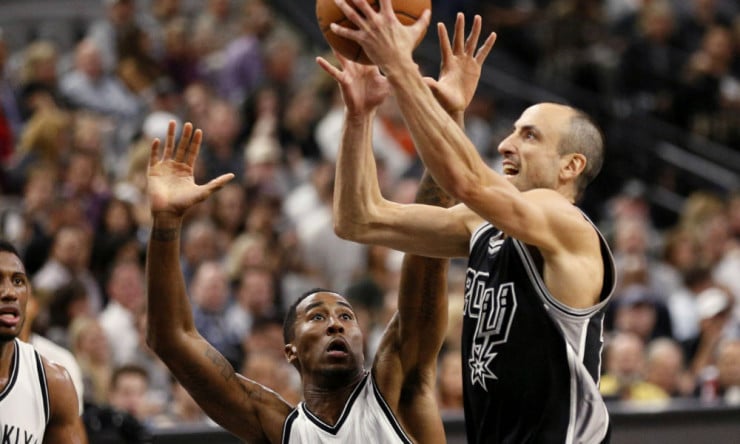 Before the start of the NBA playoffs, no other player age 40 or older had scored double figures off the bench in a postseason game. Manu Ginobili has now done that twice, and has earned win No. 132, giving him and Tony Parker the most playoff wins together of any teammates in NBA history.

“Of course, the feeling of the last quarter was great because we were all doing good,” Ginobili said after scoring 16 points on 5-of-10 shooting to help San Antonio defeat the Warriors 103-90 and force Game 5 on Tuesday in Oakland, California.