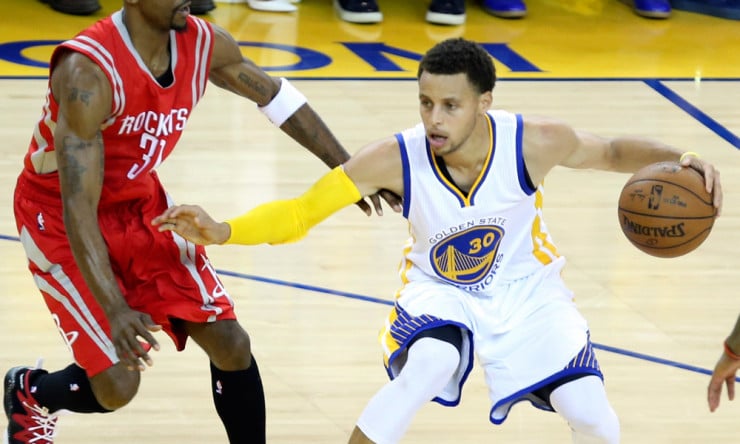 (Stephen) Curry, after missing two games earlier in the week, returned to the starting lineup. He played only 14 minutes and scored just five points before he accidentally was kicked in the shin while playing defense late in the second quarter.

Curry hobbled, then ran awkwardly off the court after Ian Clark replaced him.

“I just got kicked right in the same spot,” Curry said after the game. “It’s not as bad as the first time it happened, so we’ll see how it feels (Sunday) and go from there.”