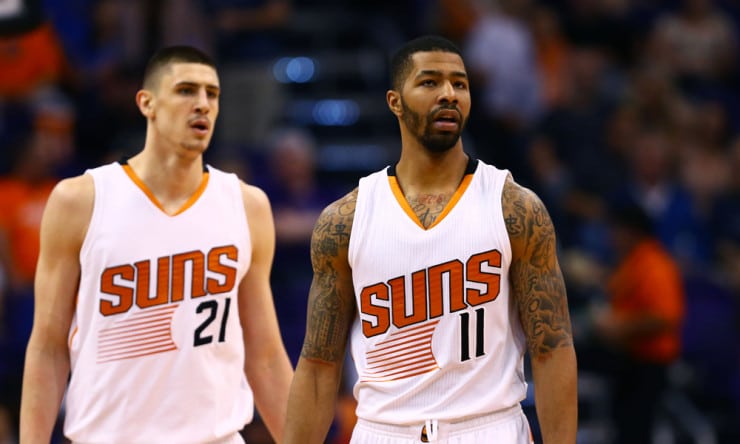 A disappointing season for the Phoenix Suns turned uglier Wednesday when teammates Markieff Morris and Archie Goodwin got into a physical altercation on the bench.

Morris and Goodwin were seen arguing during a timeout in their game against the Golden State Warriors. The argument escalated into a shoving match between Morris, who is 6-foot-10, 245 pounds, and Goodwin, who is 6-5, 200 pounds. Teammates quickly stepped in and separated the two.

“That was nothing. That was part of being a leader and big brother,” Morris said after the team’s 112-104 loss. “Of course it looks bad. Everything I do looks bad.”