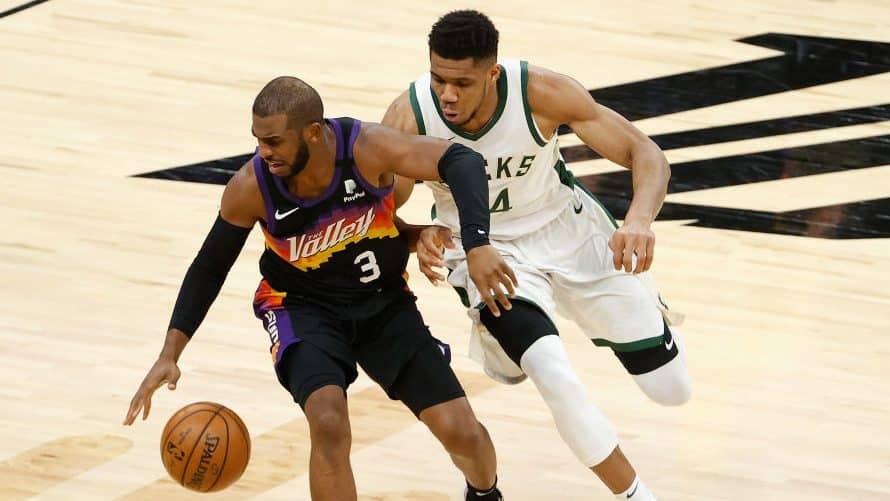 How to watch the 2021 NBA Finals series?

The 2021 NBA Finals series between the Phoenix Suns and Milwaukee Bucks is being broadcasted live on ABC, ESPN Deportes, ESPN2, and ESPN3.  However, the games can also be streamed live via the ESPN app, ABC.com, or with the ABC app. Of course, the individual would have to pay a fee in order to access the ABC app, unless the viewer is currently paying for his or her local television cable package. If the basic cable or satellite packages are too expensive, an individual can sign up for a live streaming service that includes ABC and the ESPN channels. A small list includes fuboTV, AT&T TV, YouTubeTV, Hulu + Live TV, and Sling TV.

While Locast is a free app, they do not provide their services for every city in America. And, they do not provide NBA TV or the ESPN channels. Sling TV includes ESPN3 and TNT in their Sling Orange package. It costs $35 per month. Having said that, this television package does not include ABC. New Sling subscribers do receive a $10 discount in their first month of service, and they can also receive a free 7-day trial in their first week of service. YouTube TV offers ABC, NBA TV, and the ESPN channels, and YouTube’s package is also $65 per month.

Both Hulu + Live TV and fuboTV also offer packages for $65 per month. Unlike YouTube TV, though, Hulu + Live TV does not include NBA TV. They still provide TNT, ABC, and ESPN, so make no mistake, it’s not a bad deal. Plus, AT&T TV has an available CHOICE package plan starting at $70 per month, and their plan includes TNT, ABC, NBA TV, and ESPN. Their entertainment package, which includes ESPN and ESPN2, is $65 per month. All of these services are reasonable. These options are cheaper than paying for cable with Comporium, Spectrum, Xfinity, and DirecTV.

BET ON Game 6 of the NBA Finals