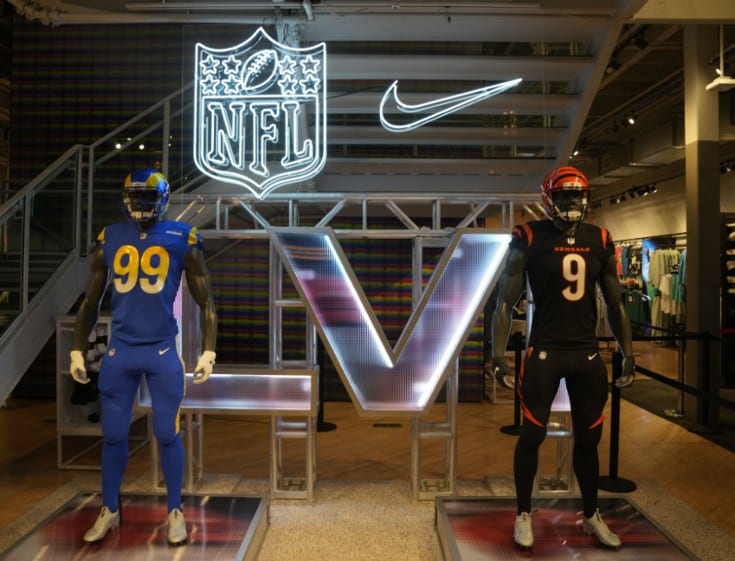 Super Bowl LVI prop bets specials are fun to review. It is that time of the year again. Bettors nationwide are preparing to watch the Los Angeles Rams take on the Cincinnati Bengals on the NFL’s grandest stage. Sportsbooks have released their Super Bowl LVI prop bets specials, such as opening kickoff to be a touchback, successful two-point conversions, Jalen Ramsey interceptions, etc. The odds are available down below.

All Rams vs Bengals Super Bowl LVI prop bets can be found at BetOnline.

Shown above, oddsmakers are convinced that neither team will have a successful two-point conversion in the super bowl. Though, it could still happen. No one thought Tom Brady and the Patriots would come back from a 28-3 deficit against the Falcons in Super Bowl LI. It should also go without saying that viewers might see a non-quarterback throw a touchdown pass in the big game. As of right now, the odds of this occurring are +1100.

Moreover, Rams’ defensive tackle Aaron Donald is expected to earn at least one sack in this matchup. He possesses favorable odds (-233) of meeting this requirement. And, linebacker Von Miller is projected to finish his performance with less than 4.5 tackles and assists combined. So, which prop bets are the most appealing? Keep reading. Our Super Bowl LVI prop picks here at Basketball Insiders are featured below.

Furthermore, the Rams are entering this super bowl as 4.5-point favorites. Bettors are keeping their eyes on several players on both teams. If you are unsure on whether or not you want to place a bet on a quarterback, have no fear. One of the best prop bets available pertains to Aaron Donald. In this contest, it’s the best bet to take the over on his 0.5 total sacks count. Other Super Bowl LVI prop bets are on the main page.

Additionally, one might be tempted to take the over on Matthew Stafford’s interceptions prop bet. The quarterback has -167 odds of throwing at least one pick in the super bowl. Both Stafford and Burrow have very little playoff experience, so a mistake by either player is in the cards. An argument can be made for either one. In this case, take the over for Stafford’s interception total.

Next, think about placing a bet on total game turnovers. Oddsmakers are projecting a total of 2.5 turnovers in this super bowl. The Rams blew a 27-3 lead against the Buccaneers in the NFC divisional round, but they still won the game by a field goal. However, they kept fumbling the ball. Plus, Bengals’ quarterback Joe Burrow threw one interception against the Chiefs in the AFC championship. Needless to say, it’s a reasonable bet to take the over.

All Rams vs Bengals Super Bowl LVI prop bets can be found at BetOnline. Click below to claim a free bet, if you’re a new customer.