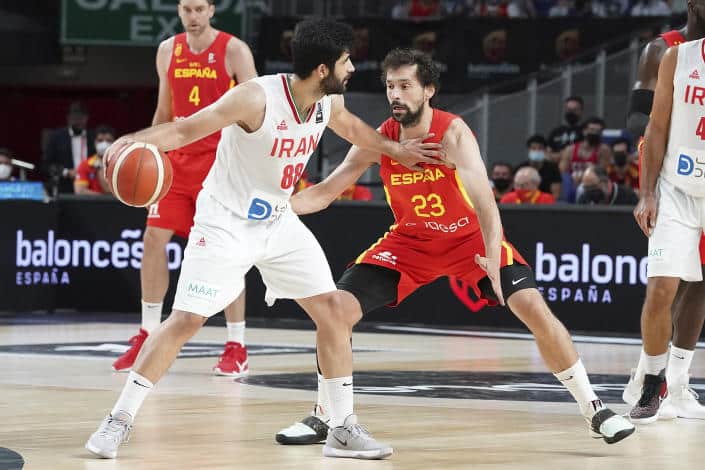 On Thursday, July 29th at 8:00 a.m. (EST), Argentina will take on Spain in this Group C preliminary round matchup. The Spaniards will enter this game as the selected favorites, while the Argentinians embrace their underdog role, as they lost their opening game 118-100 against Mavericks’ guard Luka Doncic and the Slovenian team. The last time Spain won the gold medal for the men’s team was at the 2019 FIBA Basketball World Cup, where they defeated Argentina 95-75.

Moreover, the starting lineup for Spain consists of Ricky Rubio, Rudy Fernandez, Juan Hernangomez, Victor Claver and Marc Gasol. Their bench also includes two-time NBA champion center Pau Gasol. In the Spaniards’ 88-77 victory over Japan, Rubio led the team all across the board, leading the team with 20 points, two rebounds, and nine assists. Forward Claver finished his performance with 13 points, nine rebounds and one steal. Additionally, with +1000 futures odds, Spain has the fifth best odds of winning the gold. Spain has the second best odds (EVEN) of winning Group C.

Team Spain are the more trustworthy, superior bet in this matchup. Pau Gasol, the seven-foot-one six-time NBA All-Star, is 41-years-old. Marc, his brother, is also 36. Leading into the Tokyo Olympic Games, basketball experts and bettors were wondering if age would be a significant factor for the Spaniards. However, thus far, it has been quite the contrary. Ricky Rubio has also proven to be an important piece for helping the team to become legitimate title contenders. In the 2020-21 NBA season, Rubio averaged 8.6 points, 3.3 rebounds and 6.4 assists.

As for Argentina, Scola and Campazzo are carrying the team right now. In their 18-point loss to Slovenia, the Argentinians shot 5-for-31 (16.1 percent) from beyond the arc. To add insult to injury, the team was out-rebounded 59 to 32 overall. This cannot happen against the top contenders, such as versus Slovenia, France, Spain or the USA. Sooner or later, the wheels on the wagon will eventually fall off. There are bettors giving Spain a -12.5 point spread in this matchup, but it might be best to stick with the -8.5 spread, first provided by DraftKings. In this game, some bettors are anticipating a 20-point blowout repeat of the 2019 FIBA World Cup Final.