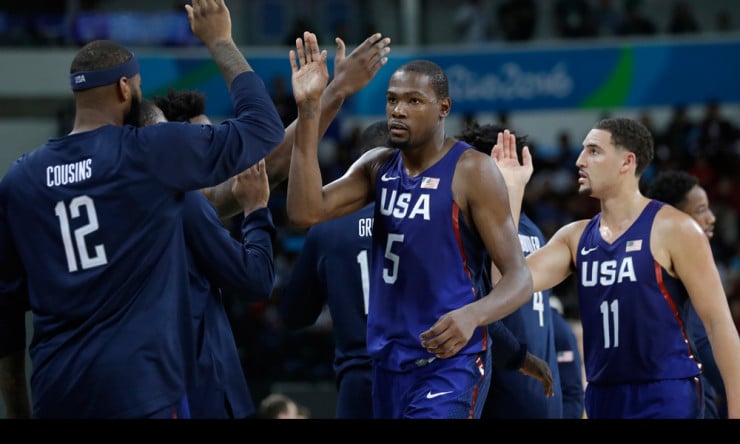 The U.S. advanced to its third straight gold-medal game win an 82-76 victory Friday, another tight matchup between the teams that met in the last two championship games.

Klay Thompson scored 22 points for the Americans, who will play Serbia on Sunday for their third consecutive Olympic title.