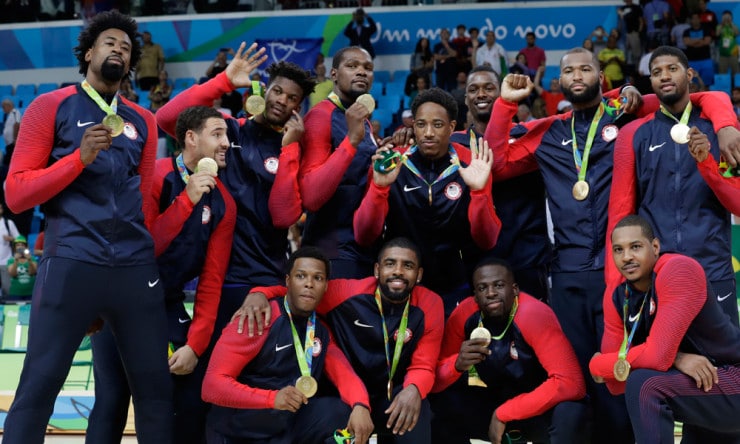 The trip wasn’t always easy, though they arrived at their expected destination. The players on the U.S. Olympic men’s basketball team never doubted they would be standing on the gold-medal platform, even after some close calls in Rio and criticisms that they lacked the usual big names and bigger wins.

“I know there was kind of a lot of buzz around us not playing well a couple of games, two, three games in the early round,” Carmelo Anthony said, “but the way that we locked in and the way that we focused in to be able to have this gold medal around our necks was special.” Saving their best for last in a tournament that had been tough, the Americans convincingly won their third straight gold medal, beating Serbia 96-66 on Sunday.